ULI brings together 8 district councils from all across the South/Southwestern region of the United States to explore how extreme heat is impacting the real estate industry, from land use patterns to building design and operating costs.

Thank You to Our Event Sponsors 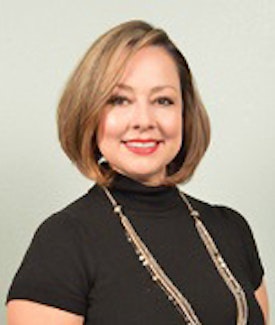 Nicole Ferrini holds degrees in both interior design and architecture from Texas Tech University. It is from that basis in the world of design that Nicole launched her career building better, stronger, more prosperous communities. In 2007, she founded Uncommon LLC as a mechanism to affect positive change within the built environment. The Uncommon concept of “Build for life” is about creating environments that move with the way we live now and change for the way we will live tomorrow, while always maintaining respect for the rich cultural history that represents where we’ve come from. Nicole is a founding member of the USGBC Chihuahuan Desert Chapter, Eco El Paso Founding Board Member and member of the Congress for New Urbanism. Through her work with these organizations, Nicole has established herself as a community leader working to raise the bar for design and provoke a new conversation among civic leaders, industry professionals and the community at large. Most recently, Nicole acted as spearhead for the GRO El Paso Initiative focused on building grass roots resilience at a regional scale with emphasis on issues ranging from climate instability, resource conservation and crisis management to urban development and social justice.
View in Member Directory Will open in a new window 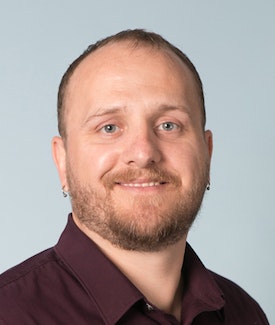 A Principal in TBG’s Dallas office, Seth provides tremendous leadership for the Dallas design studios. He oversees the design and management of multiple complex and high-profile projects, throughout North Texas and beyond, while also working with other design leaders across the firm to continuously evaluate and elevate all aspects of TBG’s practice. Through industry research and insights gained from project experiences across the firm, Seth and his colleagues consistently explore opportunities for innovation and new design approaches. He joined TBG in 2007 and has been an invaluable member of the firm during this time, including becoming a Principal in the fall of 2015. Seth grew up on a large farm and ranch in Minneapolis, Kansas, a small town in central Kansas with roughly 2,000 people, and he worked alongside three generations of family growing wheat, soybeans, sunflowers and running cattle. He and his wife are avid travelers who aim to visit all seven continents, and a recent trip to Iceland was a favorite for its unique landscapes, fantastic people and remote nature.
View in Member Directory Will open in a new window 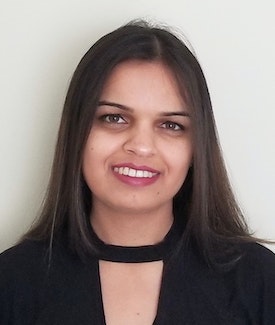 Deeksha Rastogi is a Research Scientist in Computational Science and Engineering Division at Oak Ridge National Laboratory. She has 9 years of experience working in the fields of atmospheric and climate sciences. Her research focuses on understanding weather/climate extremes, urban air quality, hydro climate and human systems such as critical infrastructure, urban and energy systems responses to changes in environment at varying spatiotemporal scales. She utilizes a range of earth system modeling tools and scientific data analysis to achieve these objectives. She has authored/coauthored a total of 14 peer reviewed publications and 3 peer reviewed technical articles.
View in Member Directory Will open in a new window 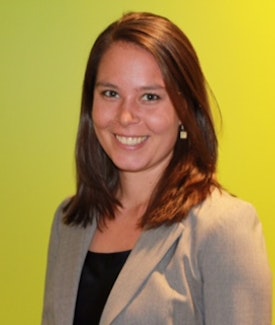 Elizabeth Foster is a Manager for ULI’s Urban Resilience program. She conducts research and collaborates with ULI staff and members to provide knowledge and share innovative practices that help communities prepare for and adapt to climate risks. Elizabeth is the co-author of Scorched: Extreme Heat and Real Estate and has worked on ULI technical assistance projects in New York, Texas, Pennsylvania, and California. She also partners with ULI’s Building Healthy Places program/the 10-Minute Walk Campaign to explore the connections between resilience, parks, and open spaces. Before coming to ULI, Elizabeth focused on disaster management and climate change adaptation in the private sector with a multinational insurance company and then internationally with U.S. Peace Corps Response. Elizabeth began her career developing the sustainability plan for her alma mater and expanding environmental education at an urban greening/youth empowerment nonprofit in St. Paul, MN. Passionate about equitable sustainable development, Elizabeth has also helped administer a joint UNEP/ELI class on environmental security and sustaining peace. Elizabeth received a B.A. in Environmental Studies from Macalester College (St. Paul, MN) and a Certificate in Emergency Management from Drexel University (Philadelphia, PA).
View in Member Directory Will open in a new window 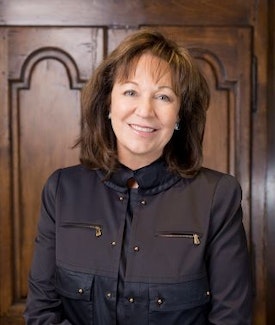 As CEO, Chairman and Co-Founder of Plaza Companies, Sharon Harper oversees all facets of company operations, including the ownership, development, leasing or management of nearly 13 million square feet of Arizona urban transformational projects, medical healthcare companies, senior living communities and bioscience/biotechnology centers. With Harper at the helm, Plaza Companies’ properties and projects have received significant recognition within the real estate, construction, senior living, technology and medical sectors, and the company has proved instrumental in setting a national standard of excellence in the ownership, development, management and leasing of award-winning facilities throughout these sectors. Her forward-thinking commitment to commercial real estate has helped Plaza Companies emerge as one of the premier real estate firms in the Southwest, earning numerous awards and designations under her leadership. Harper has been heavily influential in the widespread success of SkySong, The ASU Scottsdale Innovation Center, of which Plaza Companies is the master developer. In addition to earning NAIOP’s “Best of NAIOP” Economic Impact Project and Spec Office Building (for SkySong 4) awards in 2017, Plaza’s project earned recognition as a RED Award finalist that same year. Plaza also secured the AZ Big Media RED Award for “Mixed-Use Development of the Year, 2015” for SkySong as well as two 2015 “Best of NAIOP” awards, including the “Economic Impact Award” for SkySong and an additional office building award specific to SkySong Building 3. Harper’s personal business achievements have earned considerable praise as well. She landed NAIOP’s 2019 Award of Excellence, and she also earned recognition as 2017’s “Woman of the Year” by Valley Leadership and was listed among the Phoenix Business Journal’s “Landmark Leaders” the year prior. She and her husband, Dr. Oliver Harper, also received a Lifetime Achievement Award from Phoenix Theatre. Plaza, meanwhile, earned a “Top Companies to Work For” in 2019 nod from azcentral.com, and NAIOP recognized several specific Plaza projects for excellency in 2019, too. Plaza’s Park Central project earned “Transaction of the Year” and “Talk of the Town” nods in 2019, while Estrella Medical Plaza II scored a “Medical Office Project of the Year” acknowledgment. Plaza also earned recognition as one of the top real estate development and brokerage firms by the Phoenix Business Journal in 2016 and 2017 and landed on AZ Big Media’s lineup of Arizona’s leading real estate companies in 2017. Harper’s commitments extend far beyond business, however, and they include a variety of causes, volunteer efforts and appointments across Arizona and beyond. Most recently, Harper earned the 2019 Inés Pascal Award for Generous Service by Brophy College Preparatory Academy and an Award of Excellence from NAIOP Arizona, and in May, 2019, she was inducted into the Arizona Women’s Hall of Fame. She currently serves as immediate past Chairman of Greater Phoenix Leadership, a board member for TGen, an executive board member for GPEC, a trustee on the Creighton University Board of Trustees, Chairman of the Creighton University Advisory Board and Vice Chairman of the Trustees of ASU. She is also a Trustee for the Virginia G. Piper Charitable Trust, and was appointed to the executive board of Gov. Doug Ducey’s Arizona Zanjeros, a business leadership group created to help promote Arizona’s economic development and reputation as a national epicenter of business and commerce. She also serves on the Board of Trustees for the McCain Institute. Past appointments include stints on the Board of Directors for the Arizona Community Foundation, Past Chairman of Banner Health Foundation and Chairman of the Board of Trustees for Brophy College Preparatory School. Harper also served as National Finance Chairman for Arizona Senator John McCain during his 2000 and 2008 presidential runs.
View in Member Directory Will open in a new window 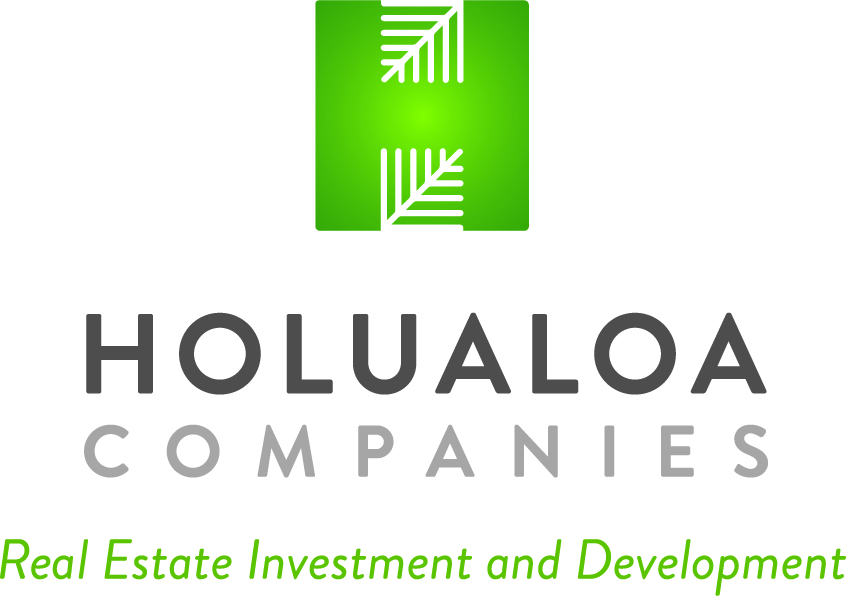 If you are interested in becoming a sponsor, please keep in touch .

ULI brings together 8 district councils from all across the South/Southwestern region of the United States to explore how extreme heat is impacting the real estate industry, from land use patterns to building design and operating costs.

Part of the RPIC Webinar Series, this webinar will feature Kevin Bates, one of the pioneers of net zero, who will share his approach to net zero development – and how these development projects can generate an attractive return on investment.