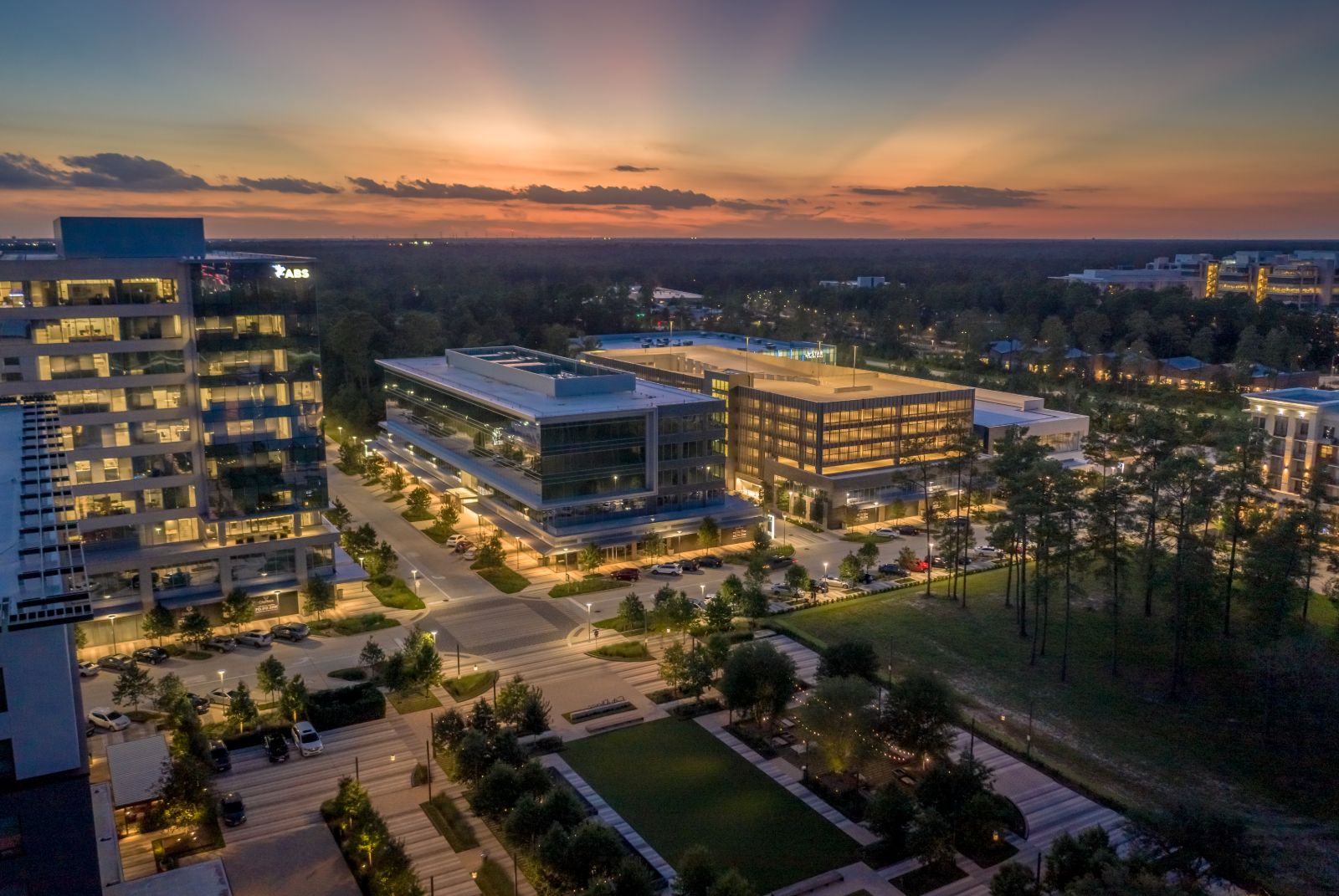 Join fellow ULI members and guests for a half-day conference covering hot topics in surban real estate. Coined by John Burns Consulting, "surban" defines areas of suburban development that feel urban, with walkability to great retail from a house or apartment. Hosted in one of the Houston region's surban areas, CityPlace at Springwoods Village, ULI Houston will welcome top real estate professionals for sessions on the hottest topics in commercial and residential development in or near surban areas.
After content enjoy networking with light bites and wine tasting hosted by sponsors. Come early and stay late to get the latest content and networking with ULI Houston!

Support our event! Become a partner.

Thank You to Our Program Partners 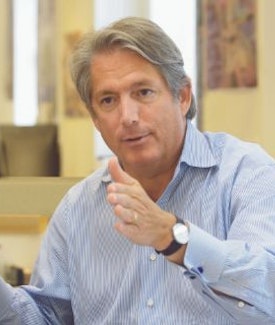 Jon Pickard has been recognized internationally for his achievements in architecture. He has designed or collaborated in the design of some of the world’s most recognized buildings, including such prominent projects as HPE’s new corporate campus, the ExxonMobil Global Campus, 609 Main, BG Group Place, Amegy Bank’s headquarters, and BHP’s headquarters, all in Houston; Norfolk Southern’s new headquarters and 1180 Peachtree in Atlanta; Northwestern Mutual’s headquarters in Milwaukee; the Devon Energy Center in Oklahoma City; River Point and 300 North LaSalle in downtown Chicago; and, the CalPERS Headquarters Complex in Sacramento. Prior to the founding of Pickard Chilton, he collaborated with Cesar Pelli in the design of numerous landmark and award-winning projects, including the World Financial Center in New York, and Kuala Lumpur City Centre, a development that included the Petronas Towers. Mr. Pickard received his Bachelor of Arts in Architecture from Iowa State University and his Master of Architecture from the Yale School of Architecture. He has lectured extensively at academic institutions and currently serves on the Yale School of Architecture Dean’s Council.
View in Member Directory Will open in a new window 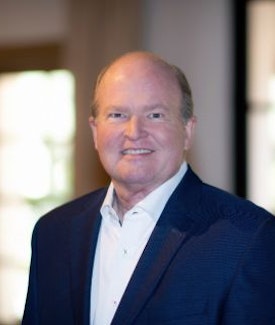 As President and CEO, Brent Herrington provides strategic leadership for the DMB Development organization and oversees all aspects of the company’s operations. Herrington joined DMB in 1998 and has been actively engaged in the visioning, strategy, planning, and development of DMB’s remarkable portfolio of large-scale community development projects. Immediately prior to joining DMB he served as the first Town Manager for Celebration, Florida an innovative ‘new town’ community in central Florida developed by the Walt Disney Company. Herrington is a long-time member of the Urban Land Institute and past chair of ULI’s Community Development Council. A graduate of the Advanced Management Development Program (AMDP) in Real Estate at Harvard University, he is recognized nationally as a thought leader in the community development industry. Herrington is a frequent presenter at industry events and conferences and has been a pioneer in the field of innovative lifestyles and sound governance for new communities. He served as president of the Foundation for Community Association Research (Falls Church, VA), and as a national trustee for the Community Associations Institute (Reston, VA).
View in Member Directory Will open in a new window 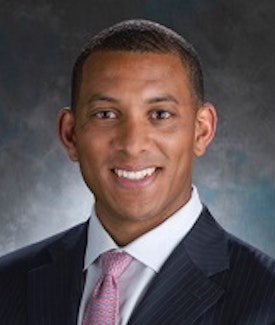 Carrington Brown serves as Managing Director, Development for USAA Real Estate. In this role he oversees USAA Real Estate’s ground-up development for Office, Life Sciences, and Data-Centers across the United States. Prior to his current role, Carrington was an Investment Officer based in Dallas, responsible for capital activity in the Texas and Colorado region, which included acquisitions, development/build-to-suites, joint ventures, and capital transactions including senior debt, mezzanine, and preferred equity financing structures. Prior to joining USAA Real Estate, Carrington Brown was a Vice President and Team Leader for Wells Fargo in their Dallas, Commercial Real Estate lending group, where he sourced debt financing to institutional clients. In this role, Carrington was responsible for business development, underwriting, loan documentation, and portfolio management for acquisitions, development, note financings, and lines of credit. Carrington earned an undergraduate degree in Finance with a Real Estate concentration from Texas Christian University and earned his MBA from Southern Methodist University’s Cox School of Business. He is the Vice-Chair of NAIOP Capital Markets Group IV and is a member of the Real Estate Executive Council.
View in Member Directory Will open in a new window 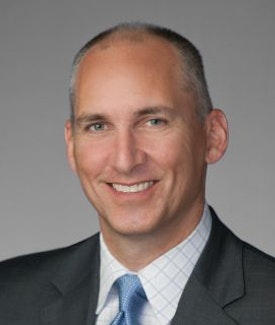 President & CEO Patrinely Group, LLC Experience Robert Fields leads all new development and project management activities for the company. His project experience includes corporate headquarters, commercial office developments, multifamily properties, mixed-use development and hospitality projects. He is personally hands-on with all projects, commencing with due diligence and financial modeling, then continuing through design and into construction. Prior to taking over leadership of Patrinely Group, Mr. Fields started and ran Patrinely Group’s western regional office in Denver and later, after moving to Houston, oversaw all of the company’s luxury residential development activities. Mr. Fields joined Patrinely Group in 1997. Before joining Patrinely Group, Mr. Fields gained experience as a team manager at Linbeck Construction Corporation where he oversaw the FedEx World Tech Center in Collierville, Tennessee, being developed by Patrinely Group. Prior to that, he practiced architecture with Kirksey Architects, Sikes Jennings Kelly and Brewer, and Nelsen Architects, where he was responsible for the design of several large scale commercial office, retail and hospitality projects. During his career, he has been involved in the development of over $3 billion in real estate, including over 5 million square feet of corporate facilities. Education University of Houston, M.B.A. Texas A&M University, Bachelor of Environmental Design Registration Licensed Architect – Texas
View in Member Directory Will open in a new window 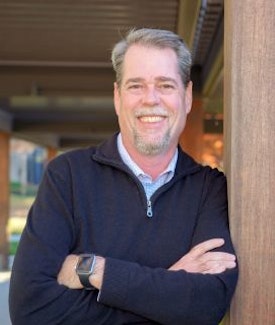 TJ Atkins leads real estate strategy development, portfolio planning, and acquisition and disposition transactions for over 8MSF of leased and owned property in Hewlett Packard Enterprise Company’s Americas (AMS) region covering Canada, the United States, and Latin America. During his career with HPE TJ has led the development and execution of significant corporate real estate projects that range from division and corporate HQ relocations, labor arbitrage planning and consolidations, corporate acquisition integration, and separation and divestiture planning and execution. TJ has 30 years of experience in corporate real estate and has been with Hewlett Packard Enterprise Company for 24 years. TJ lives in Houston, TX with his wife and twin daughters and is based at Hewlett Packard Enterprise Company World Wide Headquarters that will be relocating to CityPlace in February 2022.
View in Member Directory Will open in a new window 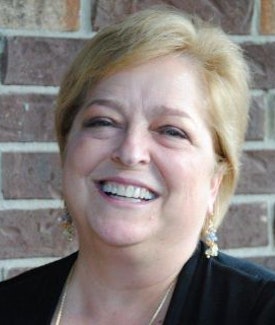 Ryko Development’s Lisa Clark is a trailblazer. With over 36 years-experience in Real Estate Development Lisa Clark has worked in every phase of community development. As Ryko Development’s Sr, Vice President/General Manager Lisa is one of the prime movers in developing Ryko’s Houston and Maryland communities, Lakes on Eldridge, Lakes on Eldridge North, Villages at Lakepointe, Lakes of Bella Terra, Lakes of Bella Terra West, Townsen Bridge and BeechTree, Ryko’s 1200-acre luxury golf course community in Prince George’s County, Maryland. Her activities cover every aspect of developing these communities, from land planning and creating MUD districts, overseeing the land development, platting, permitting and construction of infrastructure and community amenities, marketing the community and managing the custom homes sales team and efforts to reach out to the Realtor community. As Greater Houston Builder’s Association’s 2006 & 2013 Developer of the Year, Lisa is the first woman to be accorded this honor. The award recognizes Lisa’s success in improving the political and economic climate for home builders and developers in the Houston area. Lisa also made history in 2009 as President of the Greater Houston Builder’s Association (GHBA). She was the first woman to hold this position at the GHBA since its inception in 1941. In 2000, Lisa was elected President of the Bay Area Builders Association, and was the first woman Bay Area Builder/Developer of the Year in 1998. Her projects have received numerous industry awards including Houston’s Best, Texas Star, National Association of Home Builders MAME Awards and several Readers’ Choice awards. She has served as a Commissioner on the City of Houston’s Planning Commission since 2011 and is co-chair of the Livable Places Action Committee. Serving on numerous City, Harris County, Ft. Bend County committees and National, State and Local Builder Association Committees and Councils for the industry is one of her passions. Lisa is a native of Williamsburg, Virginia. She and her family moved to Houston in 1996 to revitalize and finish the development of Waterford Harbor on Clear Lake. She and Randy have been married for 41 years and have three wonderful children, Jonathan 39, Melissa 35, and Amity 41 and one beautiful grandson, Hendrix 22 months.
View in Member Directory Will open in a new window 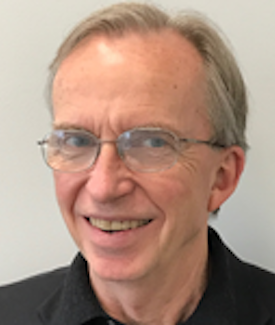 Warren W. Wilson is Vice President and Director, New Business of The Rouse Company. Born in Baltimore, Maryland, Mr. Wilson is a 1972 honors graduate of the University of Maryland. He subsequently pursued graduate studies in economics and business at the University of Wisconsin and Loyola College, Baltimore, respectively. Following graduate studies at Wisconsin, Mr. Wilson was a consultant to the Baltimore Mayor's office for Manpower Resources until he joined The Rouse Company in late 1973. Mr. Wilson joined the Company as a Research Analyst. In 1987, Mr. Wilson was elected Vice President and his responsibilities were expanded to include site/new project identification. Mr. Wilson was promoted to his current position in October 1995. The responsibilities of Mr. Wilson's current position include identifying and securing development and acquisition opportunities, department store and investor solicitation, and special projects/restructurings. Mr. Wilson's professional affiliations include the Urban Land Institute (full member), International Council of Shopping Centers, Retail Marketing Society, and American Economic Association. Mr. Wilson resides in Ellicott City, Maryland, with his wife Elizabeth Tkacik Wilson and their four children.
View in Member Directory Will open in a new window 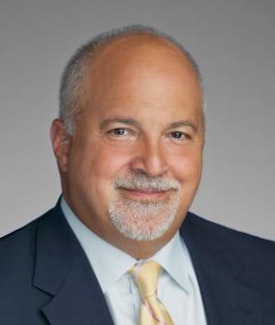 Dennis Tarro leads Patrinely Group’s leasing efforts and corporate build-to-suit office origination on a national basis. He also shares responsibilities for site selection and developing new business in all major markets in the U.S. He has over 30 years of experience in the real estate industry nationally. His deft handling of broker and tenant relationships and his extensive experience in lease negotiations has been integral to the firm’s success. Dennis received an MBA from the University of Maryland, a M.S. in Real Estate Development from Johns Hopkins University and a B.S. from Georgetown University.
View in Member Directory Will open in a new window 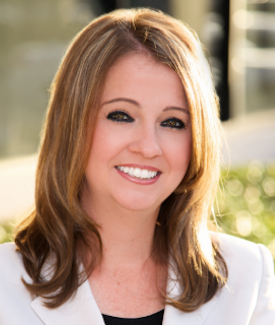 Lindy Oliva is the Division President for Pulte Homes in Houston. She has been with Pulte since 2006 as both a Vice President of Finance and a Division President. Lindy is a Texas CPA and her background is 21 years in the construction industry working at several public builders in finance roles before her career at Pulte. Lindy has served on the board of the Greater Houston Builders Association and spends time supporting the Builders Association on several counsels as well as working directly with local municipal leaders on changing development regulations and affordable housing initiatives.
View in Member Directory Will open in a new window

ULI Houston - Off the Record - Dinner with Lynne Humphries